Food fact is always the most interesting thing to know. If you are really a foodie then you should possess as much information as you can about your favorite food.

I have been posting regularly about south Indian foods and cuisines. I am sure my past blogs have educated you a lot about the sumptuous South Indian food.

Carrying that rhythm, I am here with the most important blog post. If you are a fan of south India food then this is a blog that you should read and explore the best food franchise in India.

South Indian Cuisine is among the top meal preferences in India. Although it is the staple food of a lot of states in South India, South Indian food is widely consumed across the best food franchise in India.

The popular cuisine primarily comprises of choices of Dosas, Uttapams, Idlis and Vadas to go along with deliciously spiced Sambar and a variety of Chutney.

But, if this is all you know about the South Indian food, here are a few interesting facts to awake your curiosity. 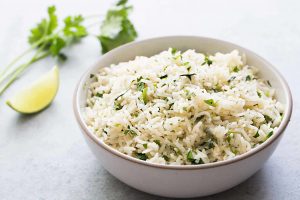 Almost all the South Indian dishes are prepared with Rice as the base ingredient.

Rice is cooked at different temperatures, depending on the food item and blended with a variety of spices to form the various delicacies.

South India produces different varieties of rice and this is a reason why we can see such a variation in south Indian food with rice as a base of everything.

South Indian food is the staple food of 5 states in India. The people of Kerala, Karnataka, Tamil Nadu, Andhra Pradesh and the state of Telangana, consume more South Indian food than the rest of India, combined.

These 5 states are the gem of south Indian food in the best food franchise in India. If you are really looking to explore the best variety of south-Indian food then, no place than these can provide you with the same. 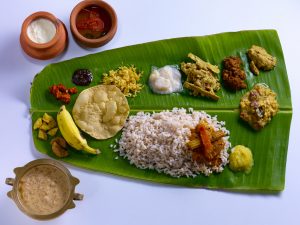 Most people have a common notion, that South Indian food is all cooked in a similar way everywhere.

This, however is an extremely wrong perception as each of the 5 states, offers you a different taste.

Similar dishes are cooked with a different blend of spices and the taste can vary from fairly mild to very spicy, depending on the place.

# Beyond Dosas and Idlis:

What comes to your mind when you hear South Indian food? Probably it is Idli and Dosa 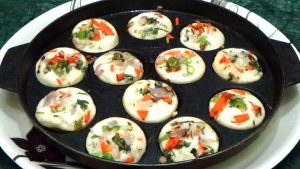 but the story is something different. South Indian food as we all think is pretty much Dosas and Idlis.

But it’s way beyond that and there a few popular South Indian dishes, that you wouldn’t have even heard of, before.

The State of Andhra has Pesarattu (kind of a pancake), Upma and Pulihaara (tamarind and rice).

Karnataka South Indian Food is pretty unique and you will be surprised to know, that to boost the taste, they use sweeteners such as Jaggery and Palm Sugar.

The main ingredient used in a variety of South Indian cuisine chutneys is coconut. Coconut is again used a lot, while preparing dishes in Kerela.

The primary reason for Kerela using coconut as the base is because Kerela is the top exporter of Coconut in India and it is found in abundance across the state.

# Variety of Both Veg and Non-Veg Items

South India is a place where you are going to find the delectable range of both veg and non-veg food item. Whether it is lemon rice or biryani, the region has so much in its bucket list to offer to the foodies.

If you are really looking to explore the best of South Indian food and you eat both then your tummy is going to thank you for preferring south Indian food.

They are light to eat as compared to the bulky north-Indian food items with much oil and ghee. Along with this the tamarind and lemon used in south Indian food items make it easy to digest too.

If you are really looking for the best food of India that truly upholds the real Indian spices for which the country is known for and for which the British invaded India.

Then you should try and taste south Indian food in any best food franchise in India. The best part about the food item is that, you can very easily find it anywhere across the country.

No matter if you are at the snow-clad mountains of Leh and Ladakh or you are visiting the serene Andaman Islands, you can have the delicacy of south Indian food in any best food franchise in India.

And, you know what the best part is, it is a few brands which are promoting south Indian food nationally and internationally both. One such famous south Indian restaurant brand is The Idli Xpress.

It is well known to bring the authenticity of South Indian cuisine all over the world. With this, the brand also offers business opportunities through the south Indian restaurant franchise.

If you also want to be a part of it, then you should contact them for a franchise and can turn your investment into a healthy return.