The food is amazing. It is our source of nutrition and energy. And when the fast-food franchise has some mystery and history then it becomes even more interesting.

Before dipping idly in coconut chutney, have you have thought that it has a story too.

Well, I am sure you have not thought about this side of the coin, but fortunately it does have a history to remember and a mystery to fantasize about.

I am a foodie and more than eating food, I love to discover its origin and other facts which are associated with it.

In this series of my research, I am here with the most amazing facts about Idli, I bet you haven’t heard anywhere else. So, let’s begin. 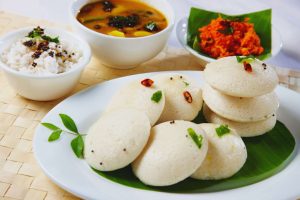 There are many versions of this white wonder that has been reinvented over the centuries.

Historians believe that Idli has it’s origin in Indonesia but in the meantime in Kannada religious book we can also find about Idli.

Being a steamed food, there is a firm believe that Idli generated from Indonesia,

but the version of Idli we are eating today, definitely cannot be found anywhere else in the world.

The history and the mystery Very different from the modern idli, the “iddalige” finds mention in the 920 CE literary work Vaddaradhane, in the Kannada language.

But the very first mention of idli made using rice was seen only after 1250 CE. A Gujarati literary work ‘Varanaka Samuchaya’ dated 1520 CE mentions idli as idari. 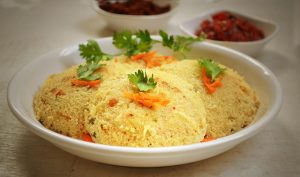 Idli today does not need any recognition, but it has a deep-rooted connection with south India.

It is a staple fast-food franchise for South Indians, a must in many festivals like Deepavali.

Rushing to work? Run into a hotel and idli is a quick fix. Unwell? Treat yourself to a plate of hot idli, the best fast-food franchise for an unwell body.

The earliest extant Tamil work to mention idli is ‘Maccapuranam’, dated back to the 17th century.

Do you know that your favorite Idli has a deep-rooted connection with world war as well? Well, if you are not aware of it then definitely it is going to be an interesting fact to be added in your knowledge.

While most of us are familiar with rice 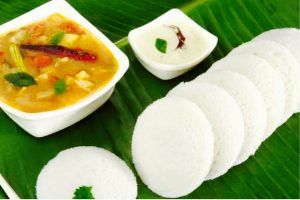 idli, Rava idli, a variant is famous in Karnataka.

What makes it interesting further is the fact that Rava idli was the result of World War II.

Mavalli Tiffin Rooms of Bengaluru claims to have invented it when rice was in short supply during World War II.

Fact #4: Connection Between Idli and Chutney

Idly is a steamed flat ball of rice batter which is soaked overnight and served hot with chutneys. As Idli is a staple fast-food franchise of South India, you may find many variants of chutneys in different parts of the region.

Coconut, groundnut, tomato, are the favorite chutneys that accomplish idly in the region. People do have a white delicacy with sambhar and rasam. 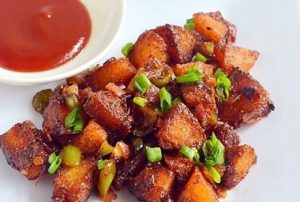 Idly is definitely a king of variety. Like people do experiment with the chutneys, a huge experiment is also done on Idlies and its batter.

Tatte idli is one such variant. Famous in Bidadi and Ramanagara areas of Karnataka, this idli comes in the size and shape of a plate.

The word ‘tatte’ means plate in Kannada. If you are in Karnataka and are fortunate then you might taste these Idlies there.

Other variants are Sanna and Muday. Sanna is one such variant.

Muday idli is a Mangalorean variant of the white wonder. Wrapped and cooked in banana leaves, Muday is likely to be on the list of Udupi hotels.

Fact#5: Idli with Twist of Grain

While rice-urad dal idlis are prominently known worldwide, the already healthy idli has even healthier options with ragi, millet, parboi 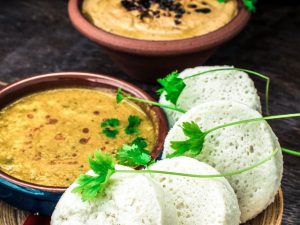 So, if the Idli is still on your plate then don’t worry it can serve as Upma next day.

Idli is not over my friend. The best part about the food is that, it is not over until it is over. That leftover idli can be turned into upma is a hack known in every south Indian household,

but as diverse as idli is, the humble south Indian fast-food franchise has taken many modern forms. From chili idli, idli Manchurian, idli fry, mini idli, etc the white wonder has kept its experimental mode on.

Do you know there is a world Idly Day? Well, 30th March is celebrated as World Idli Day worldwide. Isn’t it amazing that your favorite Idli does have a day to celebrate its existing too?

Are you amazed, knowing so much about your favorite Idli? The white wonder really has so much enclosed in it. So, next time when you would dip your Idli in that chutney, do remember to recall the facts that I have mentioned here.

If you want to be the part of the Idli family and are desperately looking to do something in the field then there is a brand that is going to support your endeavors.

You can take south Indian restaurant franchise from them and precede your work forward in the direction of promoting this white wonder across the globe.